Growing potatoes in a 5-gallon bucket

This year, with the square foot garden, I told the kids they could each pick a square to plant whatever they wanted.  Gavin wanted corn (so we're planting four squares because let's be honest, one square of corn?) and Mackenzie wanted to plant potatoes.  We've never tried planting potatoes before and as I researched it, I kind of came to the conclusion that a square foot garden, while it was possible, really wasn't the right place to plant potatoes.  I saw so many websites about planting potatoes in buckets or pails, and I thought it sounded pretty easy.  So we decided to plant potatoes in buckets.  My mom even got on board.  As she started researching planting potatoes in buckets, she read some article that said we had to use "food grade" buckets.  I'd never heard about "food grade" buckets, but my mom found some at Menards, and I found some at Lowe's, so we are planting in 5-gallon "food grade" buckets. 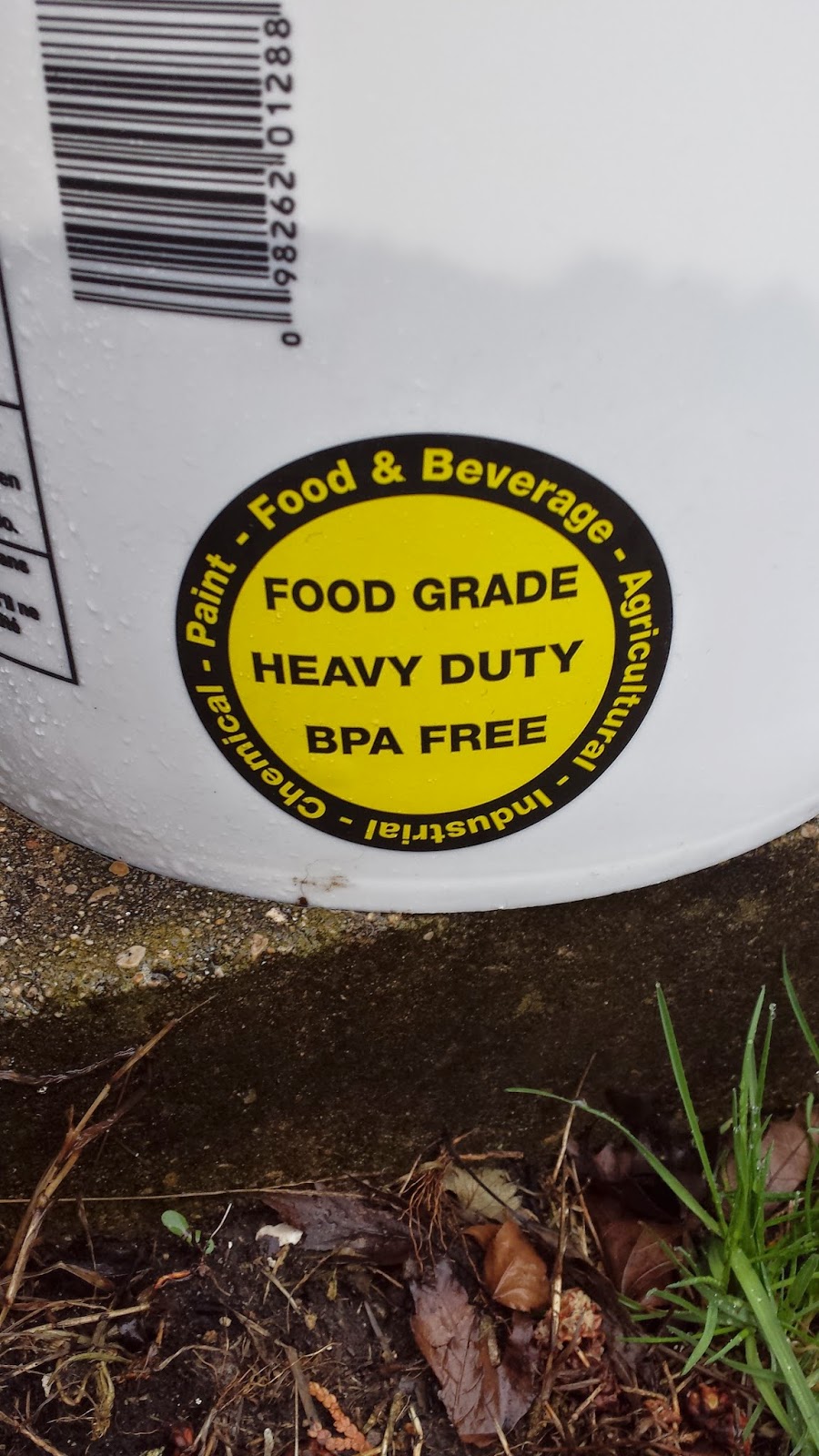 We went to the Burlington Garden Center and they had a large selection of seed potatoes.  We didn't really do any research before choosing the variety of potatoes, but we did pick a russet, a red and a yellow.  First we had to drill holes in the bottom of the buckets for drainage. 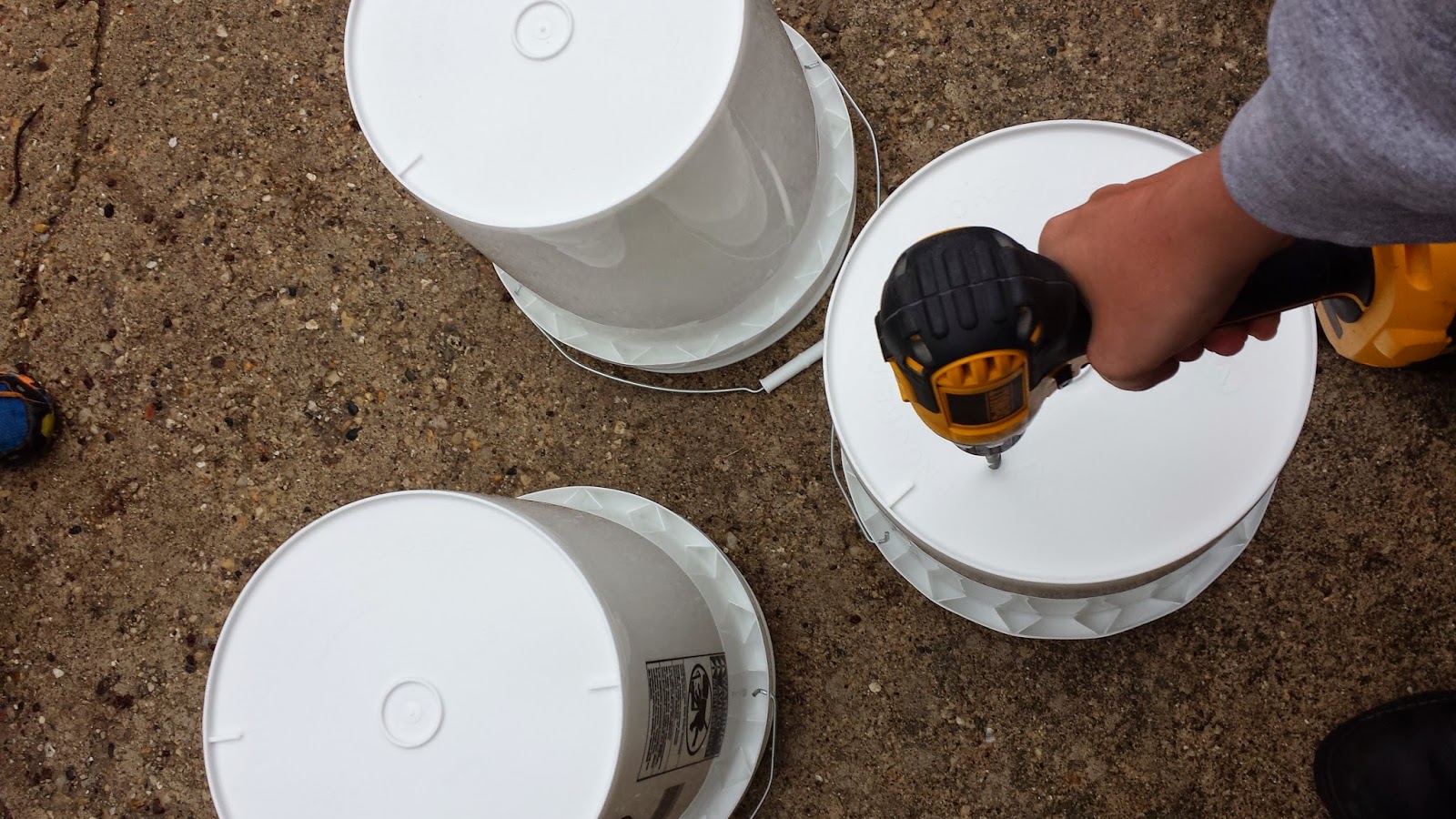 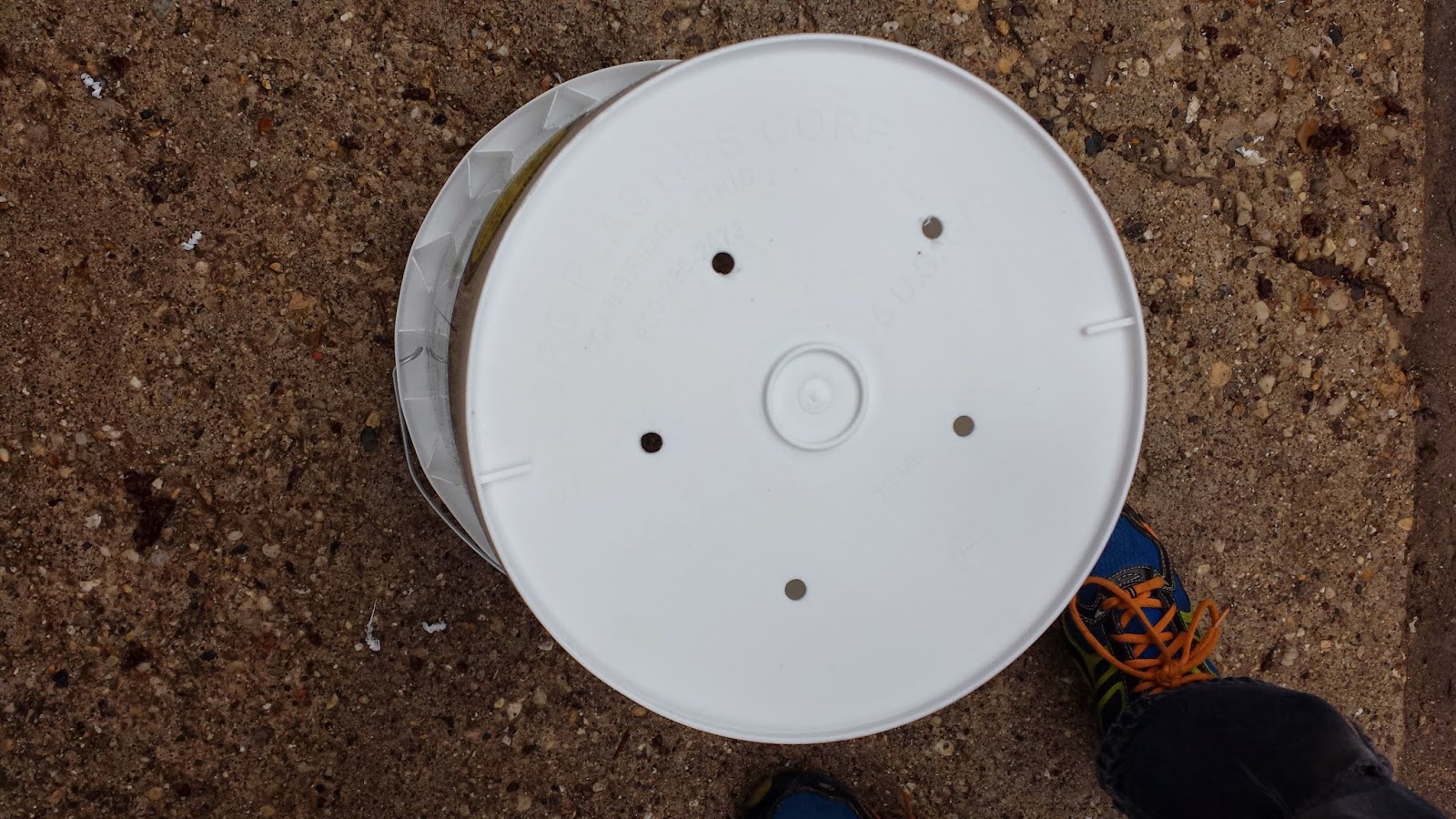 I put about four inches of soil in the bucket and then placed two seed potatoes, and covered them with about another inch of soil.  I used regular potting soil. 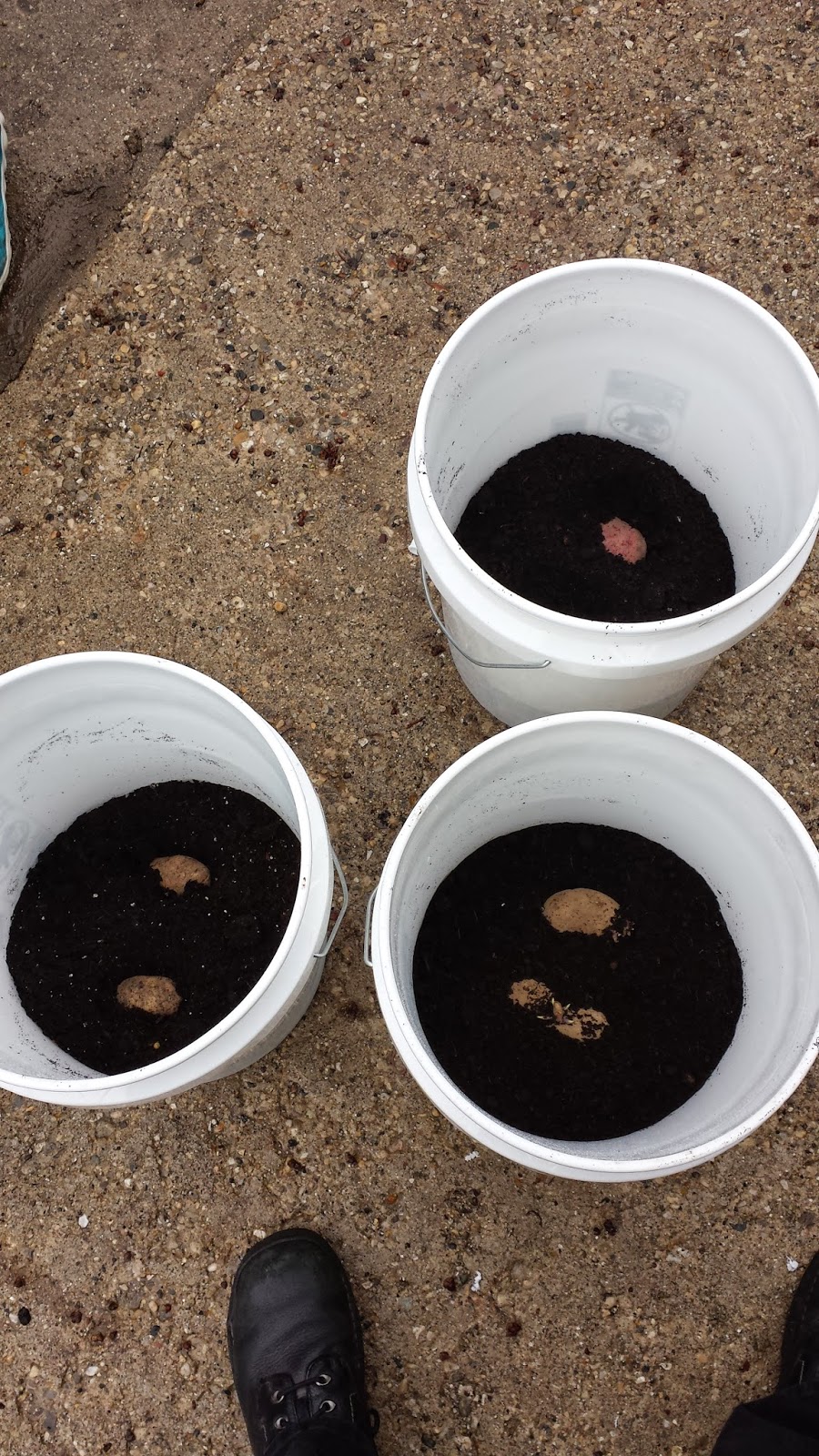 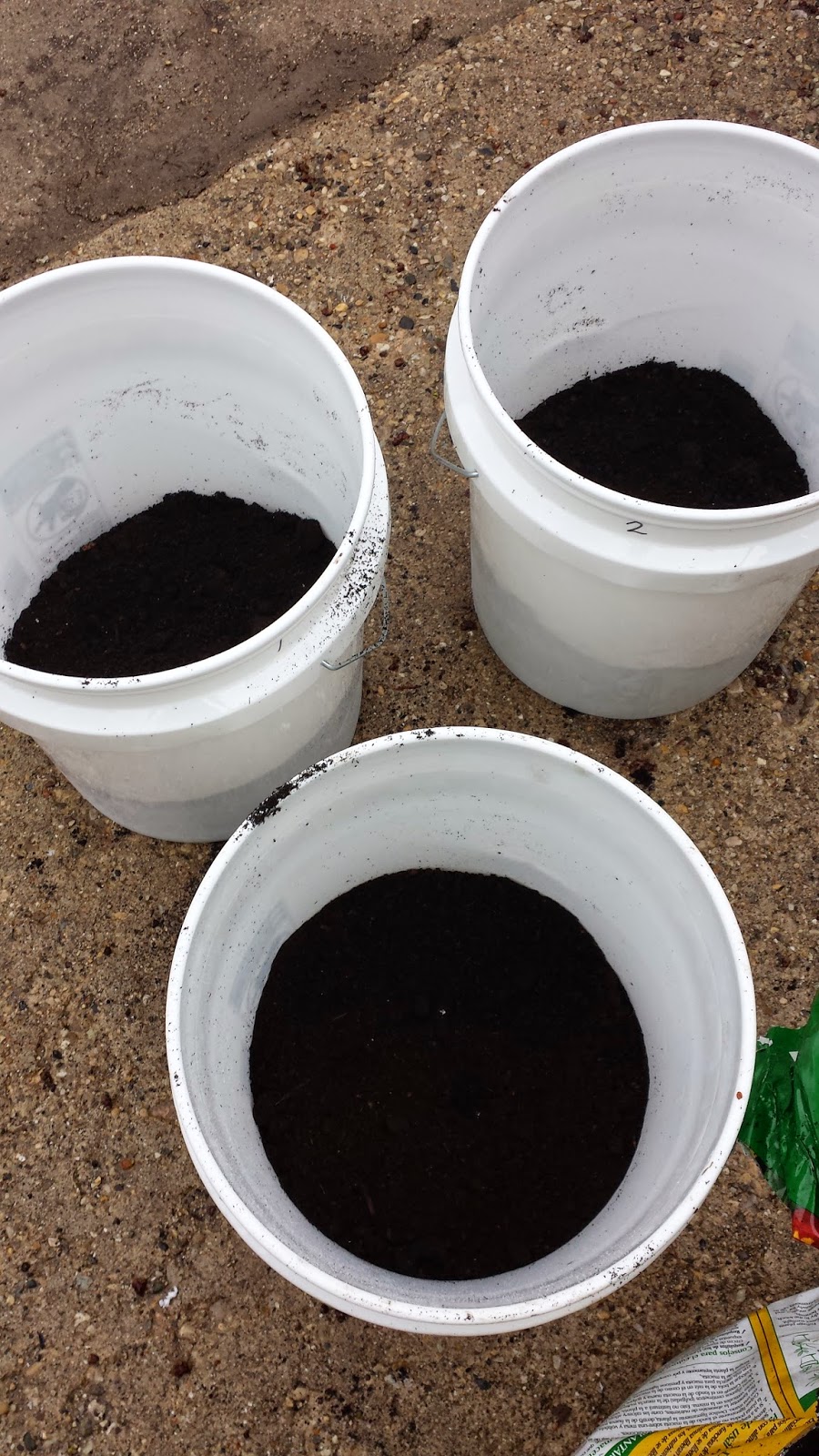 So now they're planted.  After the potatoes sprout above the soil, we will keep adding soil until just the tips of the green is showing, until we fill the bucket with soil.  Every time we add another layer of soil it creates more "root" for the potatoes to grow off of.  I hear homegrown potatoes taste so much better than what you buy in the store.  We are all looking forward to the fall.  Except for Gavin.  Who doesn't like potatoes.
Posted by Sara LaFlash at 3:31 PM